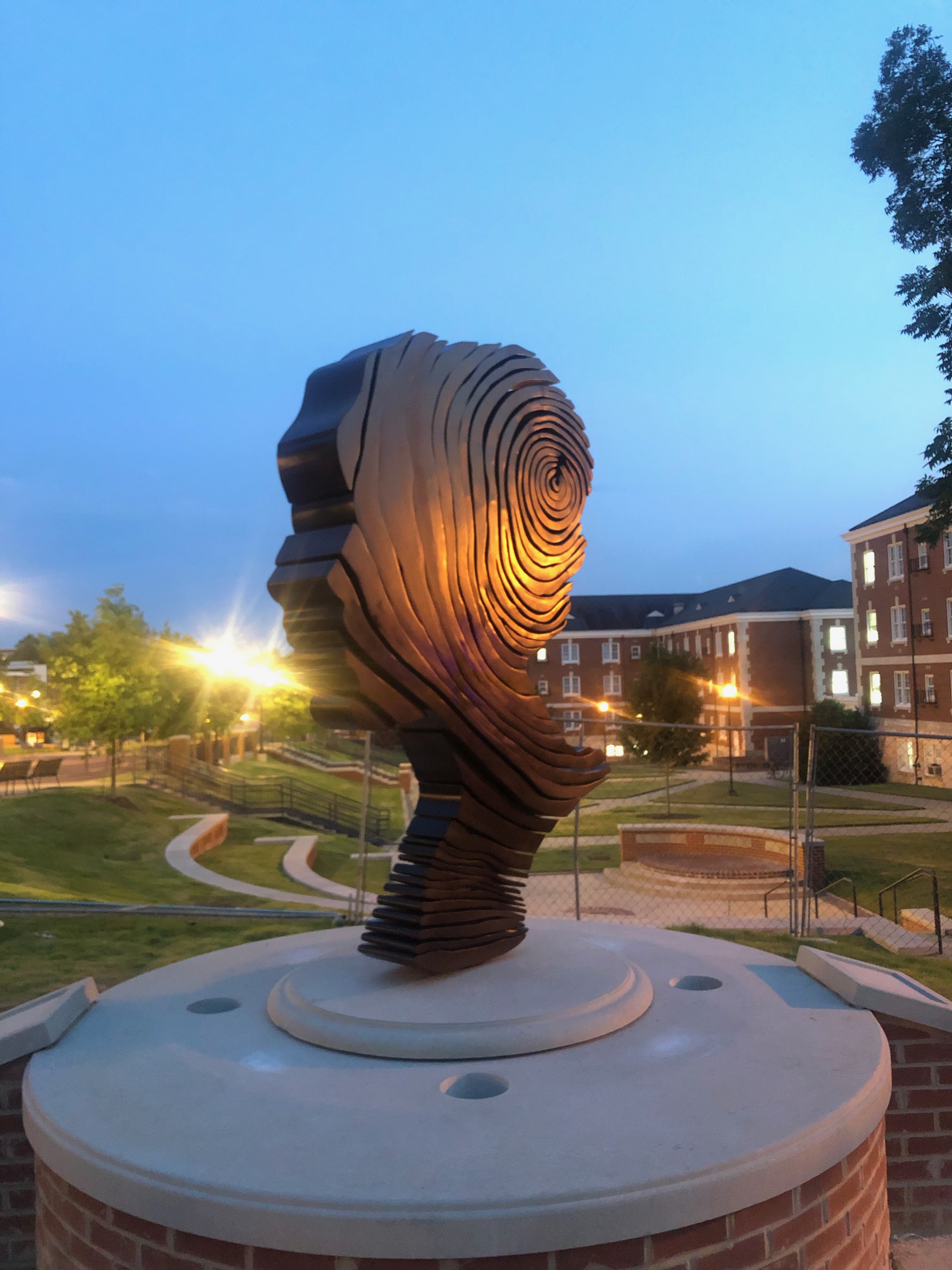 In September 2017, the Auburn University Alumni Association launched “125 Years of Auburn Women,” a year-long campaign to celebrate enrolling female students since 1892 and a commemoration of the heights to which those women rose.

For example, veteran NASA astronauts Jan Davis (‘77) and Kathryn Thornton (‘74) count more than 1,500 hours in space and seven space flights among their contributions to science and engineering. Syndicated columnist Cynthia Tucker (‘76) was twice nominated for a Pulitzer Prize for her work at the Atlanta Journal-Constitution and eventually won the prestigious award in 2007. Octavia Spencer (‘94) counts an Oscar, BAFTA, Golden Globe, and SAG Award among her numerous accolades as an author, producer, and actress. And Kay Ivey (‘67) served as lieutenant governor of Alabama for six years before assuming the state’s top office in 2017.

But “125 Years of Auburn Women” was about more than just recognizing famous Tiger alumnae, its stated goal was to celebrate the generations of women “pioneers who broke boundaries and opened doors for others; the brilliant stars who transcended negativity and propriety to shine around the world; the doers and dreamers who knew that this practical world runs on hard work.”

To that end, the Alumni Association commissioned a bold and unprecedented art installation—a 1,000-pound, 7-foot, bronze sculpture that would become the first of its kind in the United States and the only non-athletic statue on the entire 1,841-acre campus.

Heather Peevy, graphic design artist, and Lauren Duke Patterson, 2011 Auburn alumna as well as design director at Advent, created the first designs for the sculpture, modeling it after the original “125 Years of Auburn Women” logo. It was designed as a silhouette of a woman’s face and textured to resemble the rings of an oak tree. From a distance, the sculpture also looks like a thumbprint, representing the indelible fingerprint women have left on the Auburn University community over the last 125 years.

“I hope the statue invokes a sense of pride in being an Auburn woman,” Patterson told the Auburn Plainsman. “We’re a strong network and have gone or will go on to do amazing things with the education we’ve received at Auburn.”

The final sculpture required hundreds of feet of wrought iron, carefully welded and manipulated into more than 50 layers. Frontier and Advent’s in-house design teams completed the computer-aided design and drafting (CADD) work, all of the 3D renderings, and all of the fabrication work for the final version of the sculpture. As a company that specializes primarily custom-built lighting installations, it was surprised to be invited to bid on the project.

“This project was an enormous undertaking,” Frontier president and co-founder Chris George says. “It took four or five people thousands of hours and most of our 10,000-square-foot facility to bring it all together. But it’s a fine example of how broad our scope of expertise in our field has grown since we began over 20 years ago.”

But George points out, bringing the statue to life from 3D renderings was a collaborative effort that took a team of artists and designers to bring to life. “Ultimately, you have to go with your gut on design,” he says. “You cannot use a machine; you have to have an artist’s touch to mold and sculpt. A lot of what designers do have to be organic; it cannot be linear in shape or style.”

Given the size and scope of the Auburn Lady project, combined with the client’s careful specifications, the sculpture took two-and-half years to complete. The process of turning the original concept drawings into a three-dimensional object proved somewhat more time-consuming than anticipated.

The project began in September 2017 with three different wireframe designs on three different bases. Between September and November 2017, the original designs were scrapped, and the team literally went back to the drawing board. Frontier received the first sketches of the new concept in December 2017.

The first half of 2018 was spent revising, discussing, and negotiating material preferences, build requirements, and placement of materials. This is often the longest phase of the process and, in this case, it took several months to arrive at a design that highlighted Frontier’s capabilities and satisfied client expectations.

“The original concept was a 3D model, we did another 3D model in 2018, and two more 3D models before we came to a final design,” George says. “Funding was secured for the sculpture in January 2019 and the Auburn Lady started to come to life.”

But, using bronze as a building material comes with some specific challenges.

“When creating a 7-foot bronze sculpture with so many layers, you end up with hundreds of feet of welding that is susceptible to warping, twisting and other distortions,” George explains. “All of the layers are individually built to lock together. But the welding wires, sanding techniques, and bending tools necessary for bronze are much different than with stainless steel.”

While stainless steel was a crucial element for this particular project, it isn’t always the easiest material to use. The entire sculpture is built around a structurally engineered stainless steel skeleton that is hidden beneath the bronze.

“It is strong enough to withstand being dropped out of an airplane,” George says, “but, it is difficult to fabricate an organic structure out of such an unforgivable material.”

He says the unique combination of building materials and project specifications increased the time to build and doubled the anticipated cost of labor once the fabrication process began. But the extra time and manhours were necessary to achieve something truly unique. “Design and fabrication took a lot of trial and error,” George says. “But that’s the essence of Frontier, we will throw away three perfectly good ideas in lieu of a better one so we get the best possible end result.”

George and his team knew they had created a masterpiece as soon as the sculpture was complete, but it was always going to be up to the client to decide if Frontier succeeded in capturing their vision.

“You’ve always got people that are resistant to change. People will always detract,” George says. “But we received an unexpected positive response. Everyone has been very complimentary and satisfied by the final design, size/scale, and the look of the piece.”

The magnitude of the project itself combined with the legacy for which the sculpture stands meant there were likely going to be some people that didn’t really get the contemporary feel of the piece. But the abstractness of the design was intentional.

“The more you walk around it, the more you capture the look and feel of the artist’s intentions. You can’t see the entire structure until you’ve walked all the way around it,” George explains.

Auburn Lady was commissioned to serve as a reminder of past achievement and a beacon of future accomplishments and, as such, the site chosen for the installation was intentional. It is situated just outside the Mell Classroom Building, a brand new 69,000-square-foot learning facility that features state-of-the-art classrooms and designated spaces for collaboration and innovation. It also faces Samford Hall, the oldest and most iconic building on campus.

In the end, Frontier showcased both its technical prowess and creative ability with the Auburn Lady sculpture. Most importantly, the custom design-build company created a piece that depicted its client’s imagination and will stand for generations to come.

George is quick to point out that the success of the Auburn Lady project was a team effort. “We couldn’t have done it without our partners, Advent” he says, “Tommy at HNP has an absolutely amazing eye for design and Rabren bent over backwards to ensure every step of this project went smoothly.”

If you have a project in mind and think an iron installation would add the perfect look and feel, check out our portfolio of projects and styles.

A Glimpse Inside the Design of Frontier Ironworks

PROJECT: Contemporary Chandeliers WHERE: University of Southern California, USC Marshall School of Business in the…

Copyright Your Business LLC. 2022 - All Rights Reserved
Back To Top
×